You are here: Home1 / News2 / Showbox in Montreal, Canada

Showbox and Scenekunstbruket are currently on the way to CINARS, which has been organized in Montreal, Canada, every two 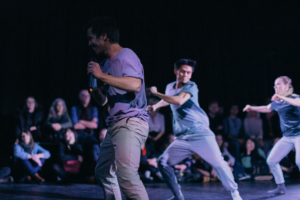 years since 1984. This is a major international showcase with over 100 performances from Canada and abroad. Here we meet and expand our international network, inform about the performing arts field a young audience in Norway, our repertoire and not least; Showbox. We will also attend our “Friendship Festival” Les Coups de Théâtre. Their Artistic Director and General Manager Rémi Boucher has been to Showbox several times and we are looking forward to welcome him again this year.

Three performances from Showbox 2017 to CINARS 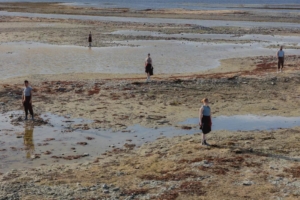 We are especially thrilled that three of the dance performances from last year’s Showbox are picked out for CINARS this year. Tony Tran and Antero Hein’s
Schismogenesis, Panta Rei Danseteater’s Make me Dance and Simone Grøttes Forgotten became a buzz among the international delegates on Showbox 2017.

Showbox 2017 had delegates visiting from Asia, Europe and North America, and this year we are expecting international delegates from several different countries.