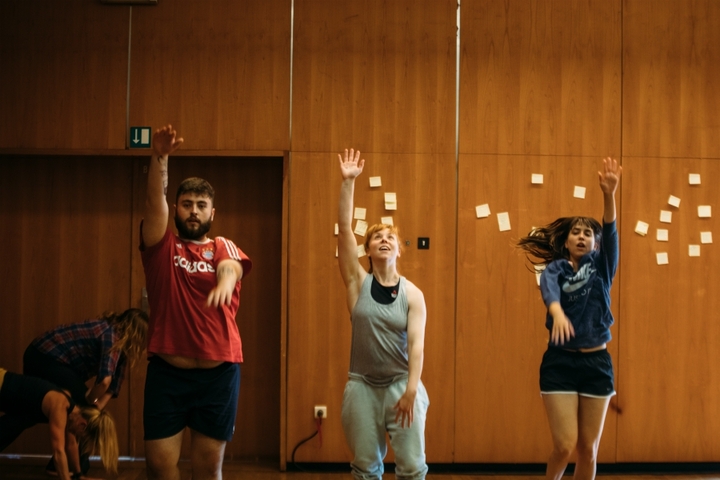 How many failures are artists allowed to make in the arts industry? Will the corona pandemic make the room for artistic failure smaller?

How does the concept of failure resonates with and affects children and youths? How can the performing arts field challenge and experiment with the topic of failure towards a young audience?

In this online workshop, the three artists attending PUH+ Failure lab in Belgium will engage participants to work with failure as a topic for a young audience and as a creative process for artists.

In September 2018 the Norwegian performing artists Martijn Dirk Joling, Hediyeh Azma and Ingvild Lien participated in the Push+  Failure Lab in Belgium together with some twenty other performing artists from all over Europe. Here they investigated on a more philosophical level how failure is related to success as a positive norm in society. What is failure compared to success, who decides on that, what does failure mean on a personal and social level? What if failure turns out to be as positive as success? Ingvild Lien also went on to further explore failure in an Artist’s residency in Ireland in 2020, where she collaborated with Christine Veerheyden from Belgium.

In the workshop Hediyeh, Martijn and Ingvild would like to share their thoughts and experiences on this topic, and also engage you in a talk about failure as a topic for a young audience and as a creative process for artists in this digital version of their workshop.

Do you want to join?

Send an email to: gabrielle@scenekunstbruket.no

We will send you an email with link to the workshop.

Ingvild Lien has worked as an actor since graduating from ALRA in London 18 years ago. In addition to acting she is also directing, writing and a fight choreographer. In 2010 she formed her own theatre company called Memento Theatre Company. In Memento Ingvild has both played and directed/choreographed several plays, three of them which she has also written. Lien has toured with the monologue How To Become SuperHappy in 50 Minutes. Lien also works in film and TV as an actor.

Hediyeh Azma Hediyeh is a dancer and award-winning choreorgrapher with with 21-year experience in the field of Iranian urban dance and contemporary dance. In 2009 she funded Deir, a dance school in Iran. She holds an MA in Dance Anthropology from Choreomundus programme, where she looks at the relationship between audience and dancers in the context of site-specific, audience participatory performances.

Martijn Dirk Joling started his career as a dutch rapper. He studied dance at ROC Amsterdam dance Academy and graduated with a BA of Modern Theatre Dance from Amsterdam University of the Arts. The last few years, he has more and more focused on creating his own work. As a young artist he’s influenced by his surroundings, and multiple backgrounds inspire him to interact with a variety of different media, including scenography installations, film, music and poetry.